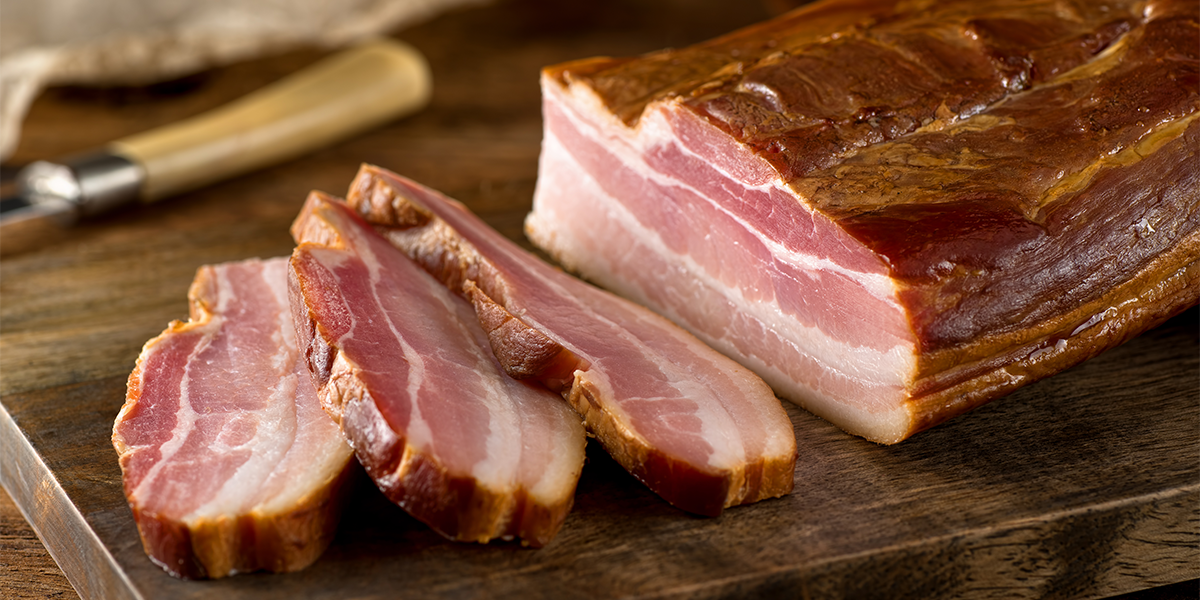 How to Celebrate International Bacon Day

Salty, fatty, crispy, chewy perfection. That is what bacon is. Bacon actually comes in a few different forms, however, at its core, bacon is pork meat cured/preserved in a solution or rub of curing salts, salt, and sugar, then (most often) smoked before it is taken home for consumption.

There are two main types of bacon that you think of when you talk about bacon.

Side Bacon - comes from the side and belly of a pig. It’s characterized by long striations of fat that run parallel to the skin. The ideal ratio of fat to meat in this form of bacon is usually ½ to 2/3 fat to meat.

Back Bacon - known also as “Canadian Bacon” and “peameal bacon” which is leaner, usually rolled in cornmeal, has a more ham-like texture, and comes from the loin meat of a pig.

Other bacon terms include:
Gammon - a side of bacon
Rasher - slice(s) of bacon
English bacon - pork that has been cured to resemble side bacon, however features a larger loin slice on one end 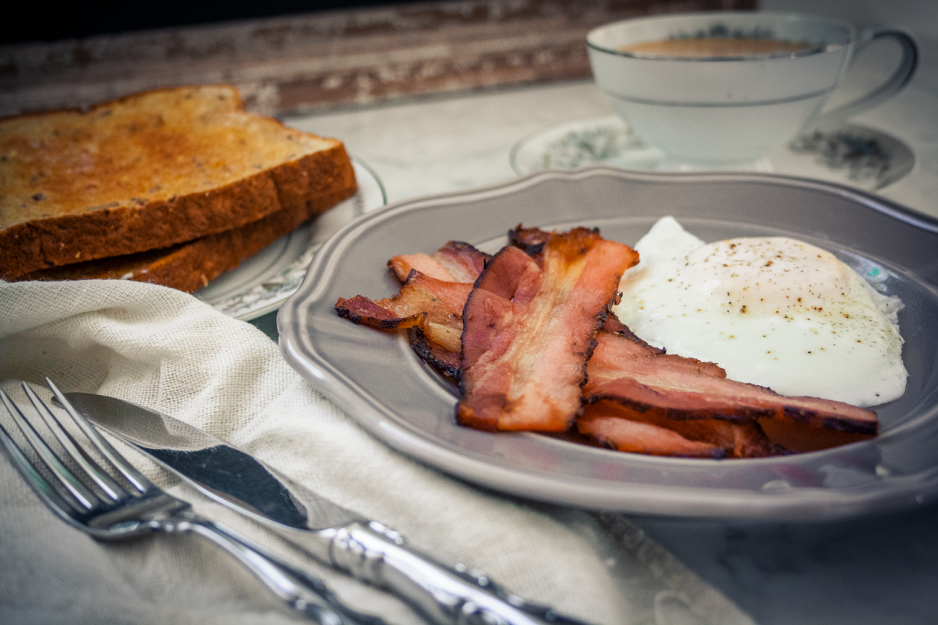 A Brief History of Bacon

The world’s obsession with bacon began at least 10,000 years ago when wild pigs were domesticated in Asia in 8,000 BC. Cured pig meat made it from there to the Roman Empire where it was an immediate hit named Petaso. Popularity was due to the fact that it was easy to cook and incredibly inexpensive.

“Bring home the bacon” was a term that was coined in the 12th century when the church promised a side of bacon to any man who could swear to the congregation that he did not quarrel with his wife for a year and a day. Men who could boast this became highly revered in the community. Funnily enough this phrase has nothing to do with wages, however, the meaning has been altered through the ages to become synonymous with earning a living and not the absence of fighting with your wife.

Christopher Columbus brought pigs with him to Cuba, and in 1539 Hernando de Soto also brought 13 pigs with him to what is now the United States. That herd became 700 strong within 3 years. The natives of the area immediately fell in love with the pork products and readily accepted pigs and bacon as gifts or offerings of peace.

For the most part, bacon was made either at home or by the butcher and everyone had their own special recipe. However, in 1924, Oscar Meyer received the patent on packaged sliced bacon, shaping it into what we know today as the bacon on the grocery shelves. 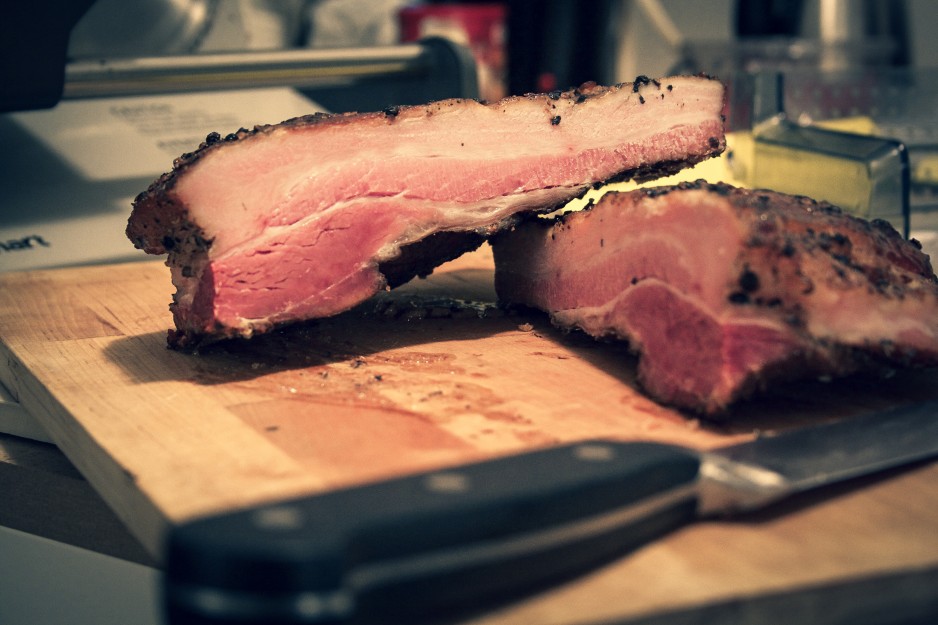 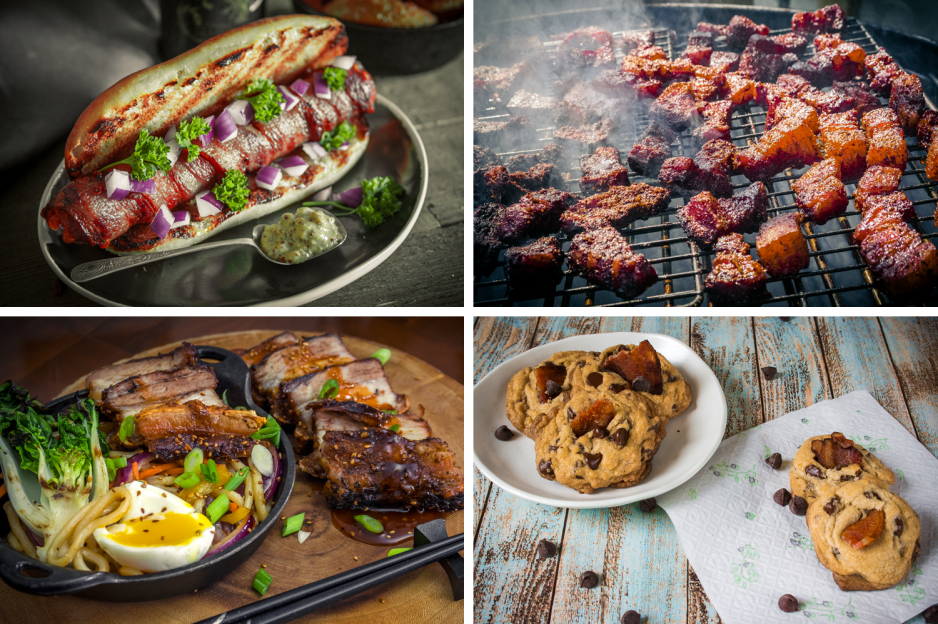 How to Celebrate International Bacon Day

International bacon day is celebrated on the Saturday before Labor Day in the United States. It is a day for honoring the most delightful of cured meats. You may be saying that you celebrate Bacon Day in January, February, August, or even December, however, these dates are for National Bacon Day and do vary widely from location to location. While there is much debate about the proper date to celebrate, we can all agree that bacon deserves to be lauded no matter when. That being said, how would one celebrate International Bacon Day (or National Bacon Day) for that matter?

The easiest thing you can do to celebrate this auspicious event would be to incorporate a little bacon into everything on the menu. But, you don’t want to just add bacon to food. Instead, you could take the time and care to make your own bacon for a wonderful treat that would be the highlight of any meal and not just added to enhance the menu.

The number one way to celebrate International Bacon Day would be to host a bacon-tastic event. A bacon fueled potluck party, at the office, at home, or in the neighborhood can consist of not only bacon in all of its glorious forms, but fake-n, tofu-bacon, and even turkey bacon too. However, it is best to use that homemade bacon you made and add it to the mix.

How will you celebrate International Bacon Day? By lovingly making your own or hosting a bacon fueled bonanza? Tell us how you plan to enjoy more bacon by leaving your stories, recipes, and even photos on our social pages like Facebook and Instagram using the hashtags #internationalbaconday and #NapoleonGrills.

General
How To
Lifestyle