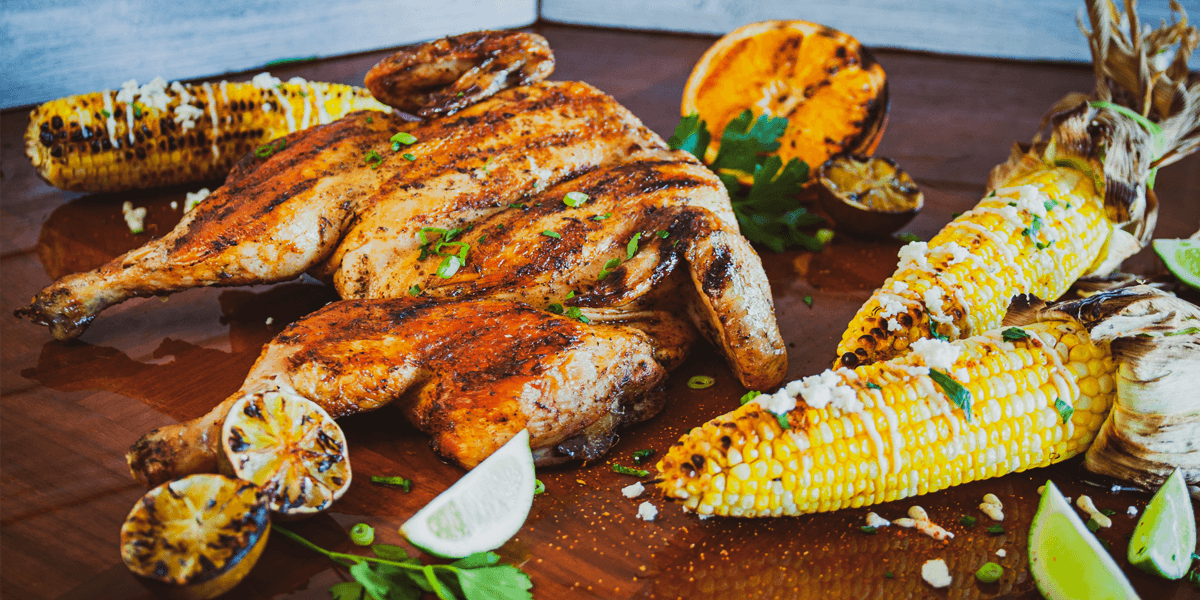 As was said in our article about regional styles of barbecue in the United States, Barbecue Is Life. And while the styles of cooking with fire and smoke seen in that article are more along the lines of what you imagine barbecue cooking to be, as long as there is an element of flame, smoke, charcoal, and delicious food, who’s to say that it isn’t barbecue? There are many cultures and grilling styles around the world and while they may not be the brisket and ribs you are used to; they may just be considered a delicious down-home BBQ where they’re from. Here are some other grilling styles from around the world.

Meaning both the technique and the event itself Asado consists of flame-filled cooking of beef, pork, chicken, sausages, and offal. Originally a style of cooking favored by the old Gauchos (Argentinean cowboy) where the meat was skewered or placed on a metal frame with legs and cooked over a slow-burning fire. Spices like garlic, thyme, and chilis are used frequently for seasoning, and meats are topped with fresh chimichurri. Asado is also served alongside an Argentinean pico de gallo – a combination of fresh chopped onions, red/green peppers, tomatoes, vinegar, and oil – called Salsa Criolla. 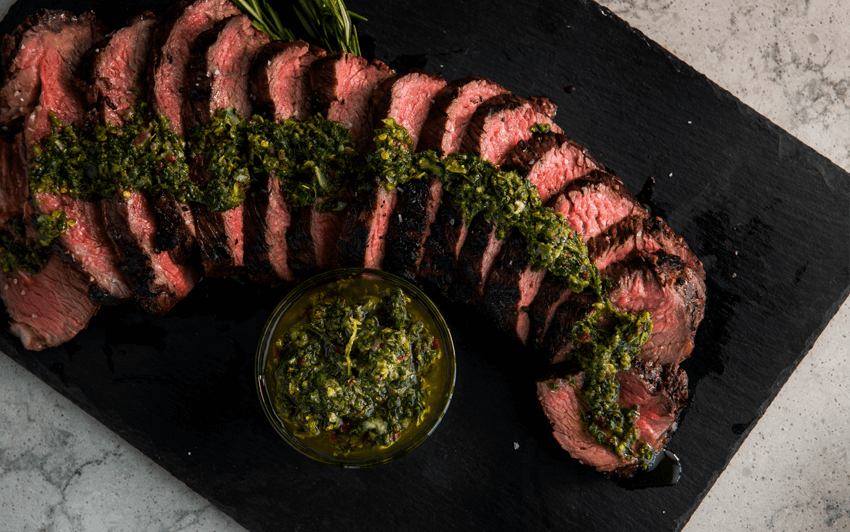 Like Argentinean Asado, Churrasco uses fire to grill a variety of meats including pork, sausage, and chicken. The meat is threaded onto large skewers and roasted rotisserie-style above or next to open flame. The fattiest meats will be up top so their drippings will hit leaner cuts below and flavor them. In Brazilian restaurants the servers will walk around with these skewers - they’re +/- 2-feet long and loaded with meat – the server will shave off meat directly onto your plate. Garlic, citrus, and cilantro are major players in the flavor department. 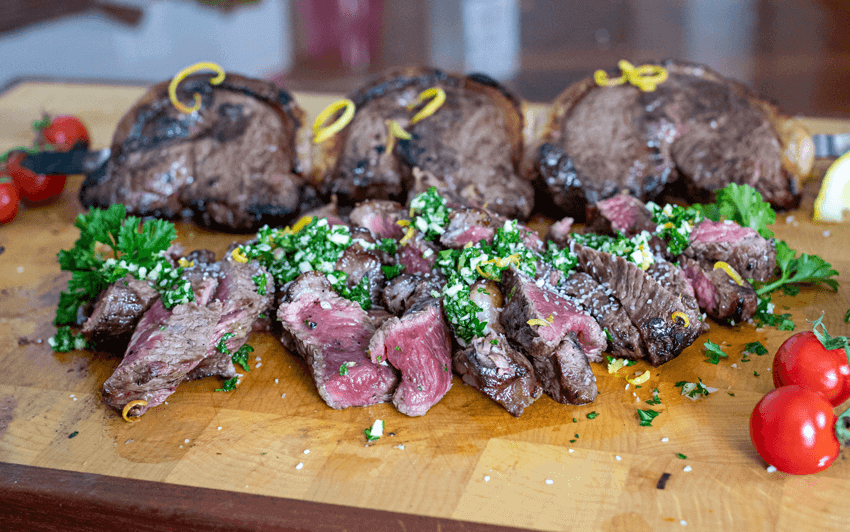 Whenever Cuban barbecue is discussed it’s all about the Mojo a garlic (think 50 cloves) and citrus (orange, lemon, and lime juice) sauce that is considered the national sauce of Cuba. It’s used as a marinade, dip, and a sauce on just about anything, however, a large and slowly cooked pork shoulder or whole pork (Lechon) will usually take center stage next to dishes of rice and black beans and other cilantro-leaden dishes.

Spice is the spice of life in Jamaica. Literally. Jerk spice and sauce coats everything from chicken to pork, and especially seafood. Combinations of allspice, garlic, ginger, nutmeg, scallions, cinnamon, and, of course, scotch bonnet peppers create a spicy and flavorful expression of culture that we associate with Jamaican cuisine. Paired with pimento wood for cooking and smoking, you have the hallmarks of a jamin’ Jamaican Vacation. Just add sand, surf, a bathing suit, and a little rum. 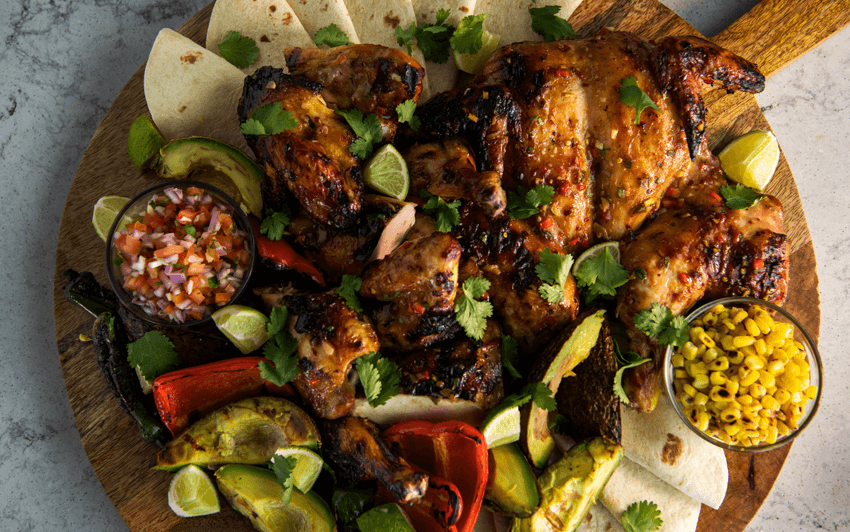 The natural conclusion here would be a gigantic, whole hog, luau style, however, cooking using flame and smoke, Hawaiians have been “barbecuing” since ancient times. Smoked fish and meats have been staples forever but consumed in lower quantities until more recent times. Seasoning remains simple, sea salt for the most part, and after cooking seaweed, Maui onions (mild and sweet), and chili peppers are added for flavor. Luaus have become more of a tourist event instead of a way to celebrate. A whole hog is seasoned inside and out with sea salt, volcanic rocks are heated over fire and also placed inside and out of the pig. It is then buried for 8 to 10 hours before being exhumed and consumed. If you were to run into a Hawaiian restaurant outside of the islands, you’re likely to find something else entirely. Hawaiian Barbecue is more like a box of takeout often featuring heaps of rice, macaroni salad, and fried chicken cutlets or Loco Moco. 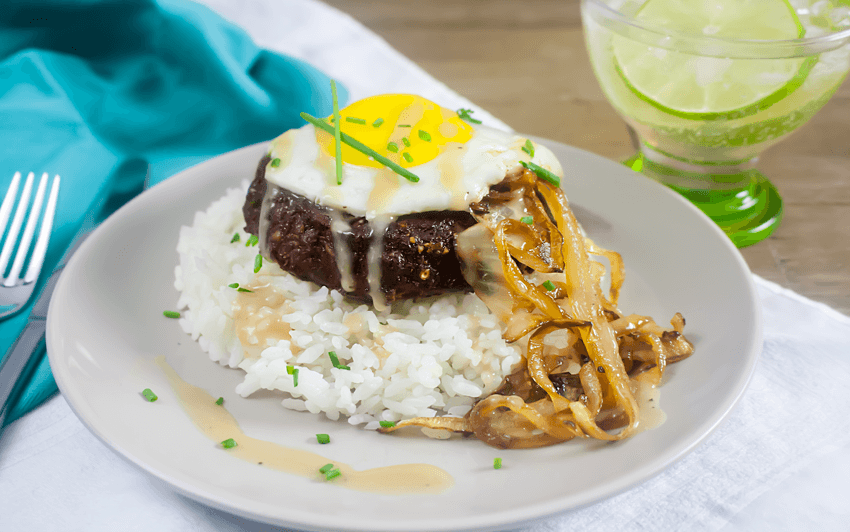 Lamb pork beef and goat are the meat of choice when it comes to Mexican cuisine and specifically Barbacoa. And while fire is used as the heat source, barbacoa is not barbecue as we all know it. A fire is built in a brick-lined oven and flavored liquid is placed into a large pot or crock. The meat of choice is wrapped in agave leaves (the plant that makes tequila) and placed on a platform above the liquid. This agave-wrapped meat is topped with the organs, herbs, spices, and chilis, then the brick oven opening is covered and buried in earth to cook overnight. What is unearthed is a delightful soup, the organs and meat is shredded for tacos, everything is served with cilantro, cream, guacamole, and pico de gallo. Don’t forget a side of rice and beans too. 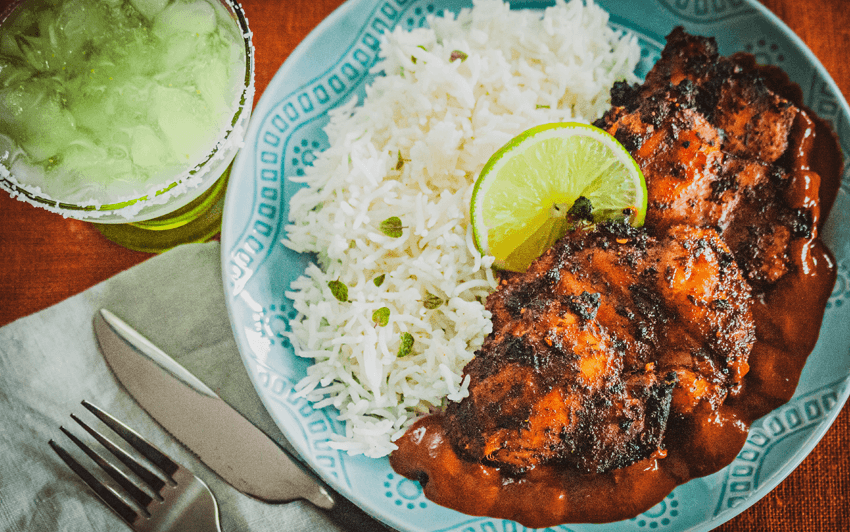 Barbecue may mean something more along the lines of Memphis or Kansas City Style barbecue to you. But as long as there is an element of charcoal, flames, smoke, and food, who is to say that it isn’t barbecue? Which international style is your favorite? Share your favorite international barbecue recipes, your success stories, or your grilling photos on our social pages like Facebook and Instagram, using the hashtags #NapoleonEats and #NapoleonGrill.