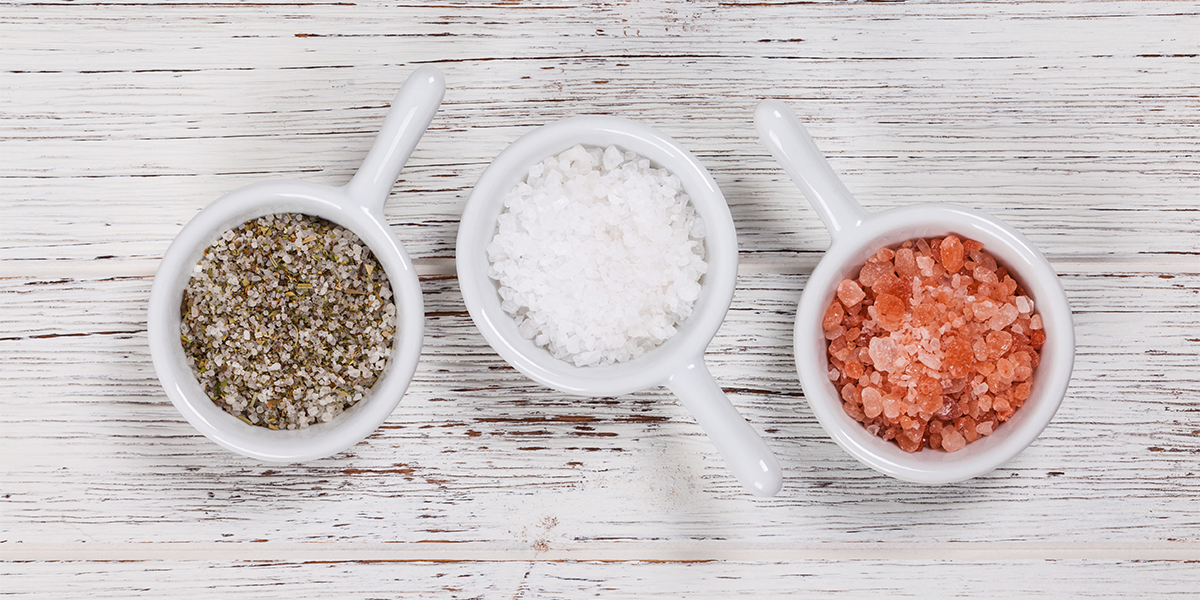 The Science of BBQ - Salt

There is a great debate about when one should salt meat before cooking. People get, forgive the terrible pun, rather salty about this. From professional chefs to the weekend warriors, everyone has an opinion about when to salt food. There are a number of scientific factors that come in to play when it comes to salting meat as well. Find out how salt affects meat, what salt is, and where it comes from in this article.

Salt is a water-soluble mineral – Sodium Chloride - that is mined in the form of rock crystals on land or produced by evaporating seawater. Salt has been used as a flavor enhancer and food preserver dating back to 6000 BCE if not further. Salt is used in many ways, including in manufacturing. In fact, only about 6-percent of salt produced is for human consumption.

Where Does Salt Come From?

Salt - all salt - was at one time sea salt. Salt is harvested by evaporating seawater or mining crystals from salt mines. Salt was deposited inland by evaporating oceans eons ago. In a salt mine, water is used to cut and dissolve the salt. The water evaporates from the salt mixture and leaves only salt crystals. It is then processed into the forms we are familiar with. 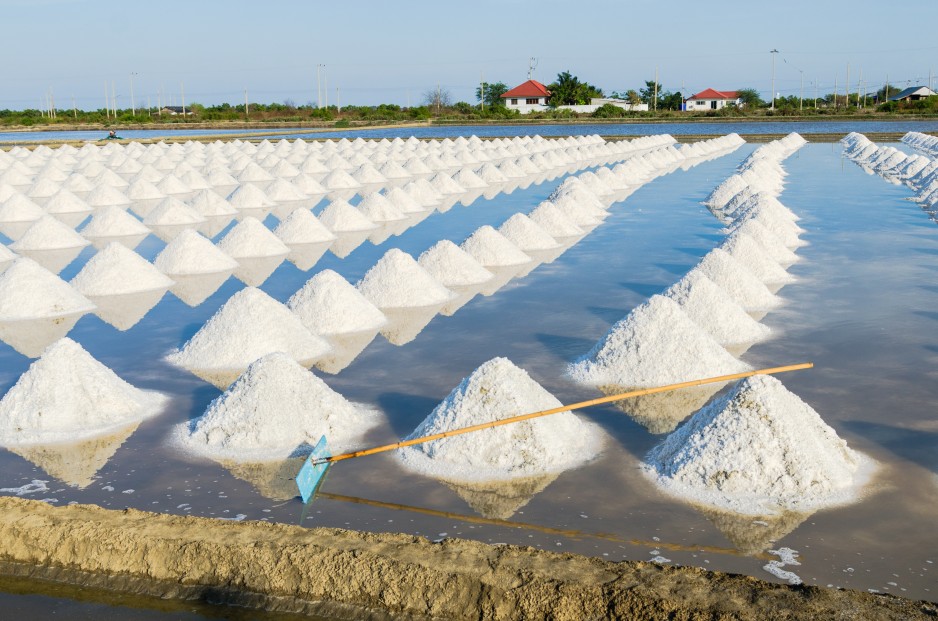 What Does Salt Do? 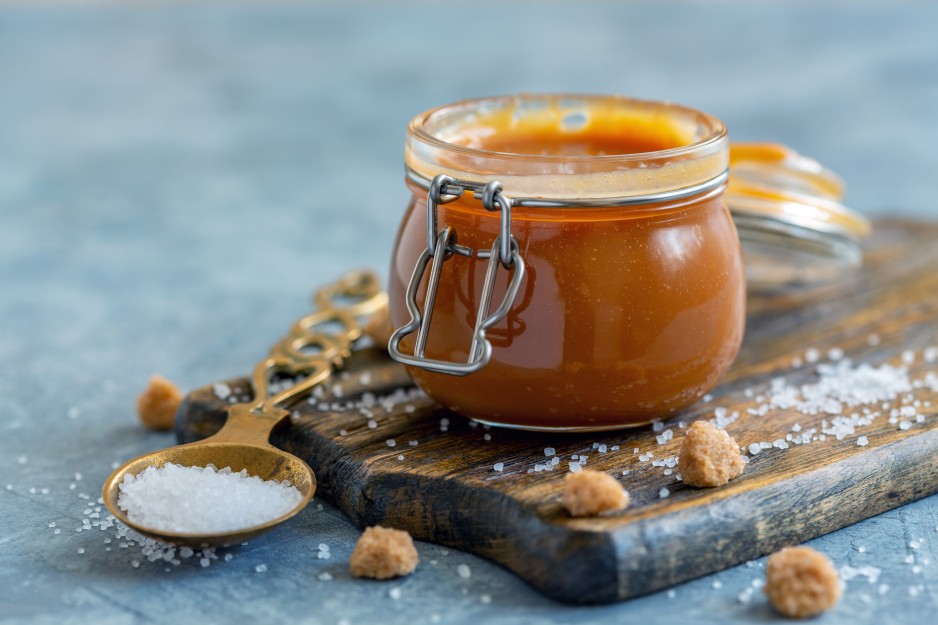 What Happens When You Salt Meat Before Grilling?

When you salt meat well in advance of grilling (or cooking in general) it provides time for the salt to pull the liquid from the meat and allows that liquid to be reabsorbed with the salt dissolved in that liquid. This makes your meat more flavorful. This salt is also loosening the muscle fibers when the liquid is reabsorbed so that they won’t contract as fast or as much during cooking. Not to mention that salt-liquid absorption means that the salt is now inside of the meat enhancing the flavor. And finally, the liquid that was pulled out of the meat and then reabsorbed has also evaporated a little which dries the outside of the meat you are cooking providing a better sear. That is because the heat energy used for the sear isn’t lost to evaporating the surface moisture on the meat and allows the Maillard reaction to occur almost instantly. 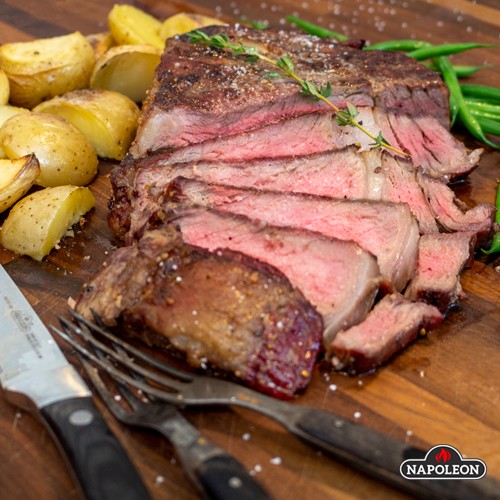 You should salt meat at least 30 to 40 minutes before grilling (or cooking) if you wish to eat right away. If you have patience, salting a roast or poultry with skin the day before and allowing it to rest on a rack in the fridge overnight will lead to a much more flavorful meal and crispier skin.

Salt is a crystalline structure at a microscopic level. Every brand of salt produces its grains of salt in a different manner, meaning that there will be more or less air between the grains of salt in each different kind – especially when measuring by volume (cups, TBSP. TSP.). For example, if you were to measure out 1 TBSP. of kosher salt vs. 1 TBSP. of table salt, the meal with the table salt would be about twice as salty as the one with kosher because the grains of kosher are larger and there is more air between each individual particle. However, you can negate this by measuring salt by weight instead, or ensuring that when following directions in a recipe, you use the same salt when specified. 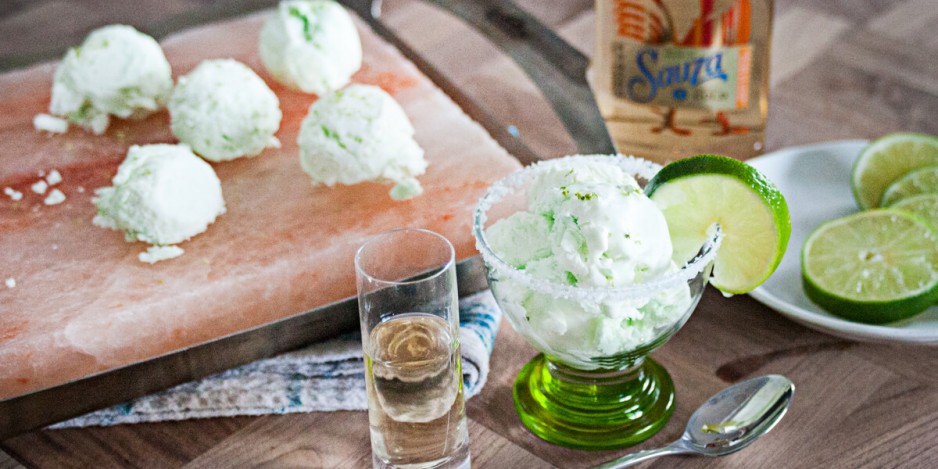 Salt and the Human Body

Salt has gotten a bad reputation when it comes to health. Many people are on a self-imposed low-sodium diet because they are concerned with the amount of salt consumed on a daily basis. Did you know that the human body NEEDS salt? We cannot produce it on our own, which means that it needs to be ingested for a body to function properly. Yes, consumption of too much salt can lead to health issues, however, so can the ingestion of too much water. Salt isn’t just for making food magical, in one’s body, it helps with nerve conductivity, fluid balance between cells, and the proper function of your muscles.

The intention of this article was not to in-salt your cooking practices. If you prefer to salt your meat just before grilling or even after the fact, it is more than a widely accepted practice. Although, allowing the science of salt to work its magic on your meat and create a delicious meal has its merits too. Which camp do you fall under? Do you have the patience to wait for the magic of salt or are you a salt and go kind of person? Tell us when you a-salt your meals by sharing stories and pictures on our social pages like Facebook and Instagram. Use the hashtags #SaltyBBQ and #NapoleonGrills.