Just like with any other valuable skill, becoming a grill master doesn’t just happen overnight. For starters, for anyone aspiring to be a grill master, equipping yourself with the right tools is of the utmost importance. Numerous grill masters or future grill masters opt for high-performing, efficient, and easy-to-use grills like those in Napoleon’s Prestige® Series, or the Prestige PRO™ Series. These grills work with a consistency that grill masters, grill enthusiasts, and beginners alike can expect great results from. Indeed, having a good grill is absolutely crucial, but a good grill alone won’t promise grill master status. It also takes patience, steadfast dedication, an openness to learn, and of course, insatiable passion for this well-loved cooking method.

Though the term “grill master” may stereotypically conjure up masculine personas, there are MANY exemplary women fanning the flames in the world of grilling. In this article, we celebrate these accomplished women.

In the grilling world, Jess Pryles is truly a woman on a mission. Before her rise to fame, however, she was just like most of us, overwhelmed by the abundant choices of meat cut varieties in the grocery store, not fully understanding their specific benefits and uses.

Due to her fondness for the taste of grilled food, she endeavored to educate herself in meat science. In her quest, she visited butcher shops, slaughterhouses, ranches, and has even had first-hand experience in harvesting. She dove deep into the nuances of various cooking methods, the differences of meat cuts, and the effect of aging on meat.

After years and years of thorough education and practice, Pryles was able to share her extensive knowledge on meat science and live-fire cooking. She co-founded the Australasian Barbecue Alliance, which aims to promote barbeque in Australia and New Zealand along with supporting and holding standardized competitive events. Pryles has also been a judge in large BBQ competitions, has hosted meat-themed TV shows, and has become a guest speaker at notable conferences. She has also taught live-fire cooking classes across four different continents.

To the delight of her fans, Pryles has also written a cookbook, Hardcore Carnivore: Cook Meat Like You Mean It which was written for meat lovers around the world. She also developed her own brand of exquisite seasonings conveniently named Hardcore Carnivore. With everything Jess Pryles has done and achieved as a grill master, we eagerly await what she cooks up next! 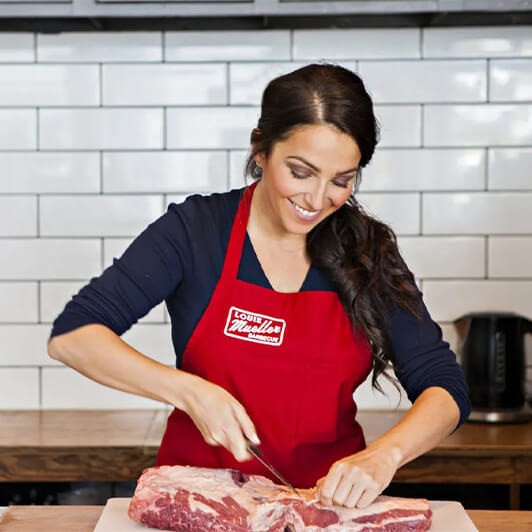 Christie Vanover is an inspiration to many. She started grilling in her 20’s after being taught the basics by her father-in-law. Later on, her interest grew and she traveled the world to learn grilling techniques specific to Europe, Asia, and North America. Throughout this journey, her passion to become a grill master by continuing to learn paid off.

She is now the editor and publisher of GirlsCanGrill.com, an online magazine launched in 2015 that is dedicated to serving up the hottest grilling tips and recipes. Through this online magazine, Vanover is able to encourage women all over the world to try grilling and to sharpen their grilling skills.

In addition to her website, Vanover also has a thriving social media community where the girls and guys of grilling can learn more about grilling together and make friends along the way. In 2016, Christie Vanover also formed the KCBS Team Girls Can Grill after her time as a KCBS certified judge. 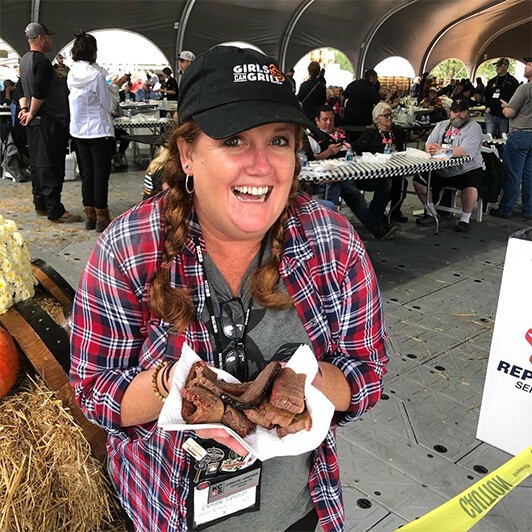 For as long as she can remember, Susie Bulloch has had a connection with steak. Growing up, her family owned a steakhouse where she later worked and acquired some skill in grilling. However, her career in grilling became more serious when a neighbor asked for help in developing recipes for his company’s new blog. This company was one of the biggest wood-fired grill manufacturers in the area.

Bulloch had her initial apprehensions, feeling that she didn’t have enough experience, however, she followed her heart, accepted the project, and was well on her way to a grilling career that would change her life. Grilling quickly became her main focus and passion.

Now, Susie Bulloch has her own website, which is a vast resource for grilling tips and mouth-watering recipes. Bulloch runs this website along with her husband where they have amassed fans from all over the world and continues to inspire many to be the best grillers they can be. She has also appeared on TV to share her recipes and has taught grilling classes to hundreds of eager learners. To top it all off, Bulloch was able to get her name on two Guinness World Records for the longest-running group BBQ in 2015 and the largest grilling lesson in 2017. 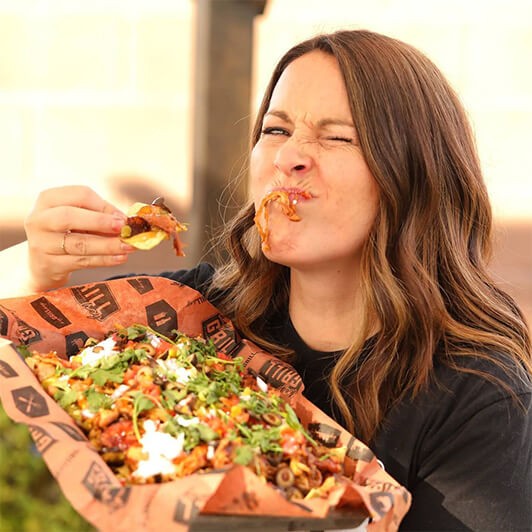 Whether you know her as Misty Banchero or by her online persona, “Seattle Butcher’s Wife”, it is clear that she is one of the most influential women in the world of grilling. Misty Banchero’s husband is Angelo Banchero – a man whose family has been in the meat industry for decades. Angelo’s business, Mondo & Sons is a wholesale butcher shop based in Seattle that is dedicated to providing high-quality, sustainably-raised meat.

The connection between this family business and the world of grilling got more serious and well-known after Misty got into grilling. With Misty’s cult following, it can be hard to believe that her online presence, Seattle Butcher’s Wife, was only started in early 2019. She now has an engaged audience of more than 38,000 followers. Her Instagram content is focused on covering grilling and live-fire cooking where she shows people how easy and enjoyable grilling can be and inspires them further with delicious recipes.

Through her Instagram, she is able to honor her husband’s exemplary business while also motivating people to get grilling and refine their cooking techniques. She takes great pride in what she does and feels an immense joy in motivating people to take action and push beyond their apprehensions. 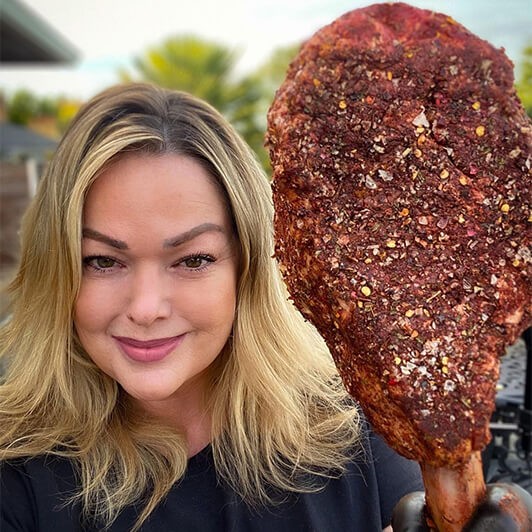 Bring the Heat in Your Own Backyard

As we mentioned above, one of the first steps to becoming a grill master is having the right tools. Even if you are just looking to get better at grilling for your friends and family, having the right grill and grilling accessories will not only help you hone your skills but will also help you have the best grilling experience possible.

Reliable and efficient grills like those in Napoleon’s Prestige® Series, or the Prestige PRO Series are sure to help you take your grilling to the next level. If you are looking to hone grilling on-the-go, try the TravelQ™ PRO Series; they’re travel grills so robust and reliable that they can also be your backyard grill.

If you already have the tools and you’re looking for more resources and recipes, we’ve got you covered! Follow us on our YouTube Channel where we cover various grilling subjects along with our easy-to-follow grilled recipe tutorials in the #NapoleonEats series. See you there!